5 Reasons Why Physicians Are Worried About Job Security

Remember when becoming a doctor held out the promise of enjoying a stable financial life with job security? Marcus Welby, MD, aired as a hit tv show in the late 60s to early 70s and was “hailed by the medical profession for its realistic depiction of an MD’s life.”

Dr. Welby was an elderly veteran GP who kept busy treating his loyal patients throughout his life-long career. Working from the same location, helping the same patients and, soon, those original patients’ children and grandchildren. He was living a comfortable, prosperous life.

But in the last 20 years, physicians have witnessed the radical undoing of this type of medicine. The idea of job security as the norm has been seriously shaken, and more and more doctors are worried about their job security.

What makes us feel this insecurity in our jobs? I’ve had lots of conversations about this topic lately. Here are five reasons I hear most often when talking with colleagues about job (in)security in healthcare:

1. The Landscape of Healthcare

This shift leaves independent physicians feeling vulnerable and threatened in their business model. Private practices struggle with the regulations, bureaucracies, and mandates that steal time from their priorities. As a result, it’s becoming increasingly seductive to hand over control in the hopes of simplification.

Private practices will continue to struggle to sustain a competitive advantage in today’s healthcare marketplace. From a tax liability standpoint, a W2 income statement offers the least benefits and severely limits a physician’s choices in terms of practice location and choice of employer.

This is why doctors are flocking to jobs that promise stability and security. Some big healthcare institutions offer pensions, educational half-days, and a great healthcare plan. As full-time employees, we are vulnerable to our employers’ whims and wishes. Their business values restrict us, and if we don’t help grow the business, we risk termination.

But this is just the beginning of the potential insecurity of being an employed physician. Many of us were taught from an early age that if we work hard and sacrifice to get our qualifications, we’ll then be able to find a good situation where we do our job and be confident that we’ll get a nice paycheck every month.

The reality is somewhat bleaker. 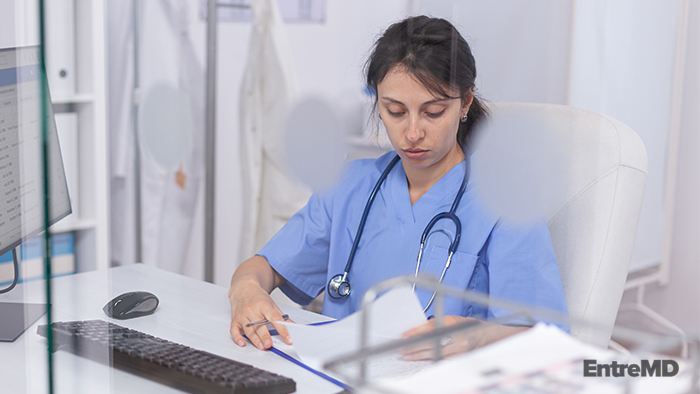 It seems like the relationship between hospital administrators and doctors is getting more impersonal. As larger corporations take over health systems and consolidate, important decisions are being made at a distance, making it easier to change how things operate. Unless you are meeting defined objectives and revenue targets, your contract may not be renewed, and you may be replaced with someone more aggressive who might meet those RVU or research goals.

“Managed care” is a term used to describe a healthcare system introduced in the 1980s to reduce the cost of providing health care and improve the quality of care with health insurance. Patients agree to visit only certain doctors and hospitals, and a managing company monitors the cost of treatment.

“…intended to reduce unnecessary health care costs through a variety of mechanisms, including economic incentives for physicians and patients to select less costly forms of care; programs for reviewing the medical necessity of specific services; increased beneficiary cost-sharing; controls on inpatient admissions and lengths of stay; the establishment of cost-sharing incentives for outpatient surgery; selective contracting with health care providers; and the intensive management of high-cost health care cases.”

Another way employed doctors feel a lack of job security is when midlevel providers are trained and empowered with the same abilities as physicians, creating parity by treating patients through algorithms. Doctors are then reduced to being “providers” and technicians, easily replaced by either another physician at a cheaper rate or another type of provider.

No matter how you feel about this or even whether you believe it’s right or wrong, it’s happening. Hospitals ask, “Why should we hire a group of all physicians when we can hire “physician extenders” or a mix at a much lower cost?”

Another way the times have changed since the 1960s is that medical malpractice claims have increased. According to studies, more than half of all physicians have been sued, and 16.8 percent have been sued twice. On average, 68 liability claims were filed per every 100 physicians.

While the number of cases in the United States tends to vary by state, the average filing reports 85,000 cases each year. In 2017 a NORC final report stated that 21% of American adults had personally suffered from a medical error. In the same study, 31% of the respondents said someone they were close to had experienced medical negligence.

A natural but unexpected result of these increasing libel suits has been a rise in the practice of “defensive medicine.” In defensive medicine, decisions are chiefly made to avoid liability rather than solely to benefit a patient. Extra tests, procedures, visits, or even avoiding high-risk patients can be seen as a way to reduce the risk of getting sued.

Between 60 and 90 percent of U.S. physicians report pressure to practice defensive medicine. These doctors are frustrated by the U.S. medical malpractice system, knowing that defensive medicine may expose patients to unnecessary risks and that it increases health care costs. 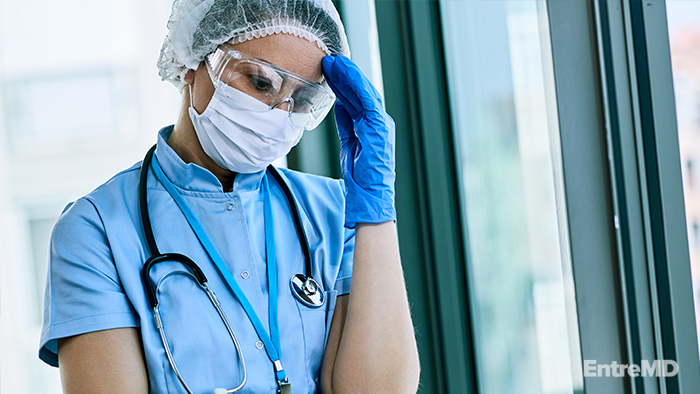 It’s clear that such costs play a key role in recent health care debates. But are these costs high enough to actually affect the economy?

USC Dornsife, the Center for Economic and Social Research reports that:

“(this) additional care has been estimated to cost the U.S. as much as $50 billion annually, which likely underestimates the scope of the problem.”

It’s not clear whether this is because higher spending cuts down on the likelihood of negative outcomes or whether higher costs send a message to judges and juries that, even if there were errors, the doctor did everything they possibly could to help their patients.

No matter what the reasons, the incentive for employed doctors to reduce medical costs is in constant conflict with knowing their liability risks can rise if they do so. High-risk physicians face a nearly 100% risk of facing a malpractice suit, with low-risk physicians facing a 70% risk.

In 2015 we all heard about a new machine that could one day replace anesthesiologists.

It was the Sedasys anesthesiology machine, and it promised to automate sedating patients who were undergoing colon cancer screening.

Approved by the FDA, the device claimed to have the potential to “redefine sedation delivery,” with propofol sedation “personalized to the needs of each patient, by precisely integrating drug delivery and comprehensive patient monitoring.”

The Sedasys is a “first-of-a-kind device that will allow non-anesthesia practitioners to administer propofol during colonoscopy and EGD procedures.” It links clinical monitors to an IV infusion pump and will automatically modify or stop the infusion if it detects “signs associated with oversedation,” such as oxygen desaturation.

It’s not hard to read between the lines and realize the goal — to make colonoscopies and EGDs cheaper by allowing people other than qualified anesthesia practitioners to administer propofol. 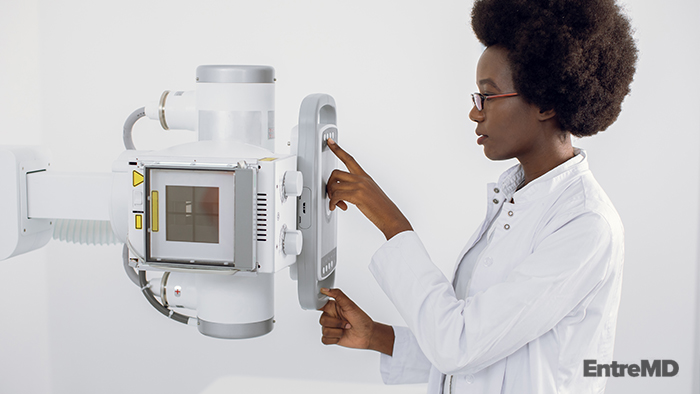 Other fields besides anesthesiology could see job jeopardy as well. For example, Forbes titled a 2017 article, “Prepare Yourselves; Robots Will Soon Replace Doctors in Healthcare.” In the article, Harold Stark writes how surgeons at the Oxford University John Radcliffe Hospital used a remotely-controlled robotic surgeon to remove a membrane 100th of a millimeter thick from the retina of the right eye of a patient, after which he was able to see normally.

One year later, Ethicon announced they were pulling Sedasys from the market. It was clear further refinement was needed. But the writing is on the wall for the future of automation in medicine. CNBC predicts that one million U.S. jobs will vanish by 2026, with technology transforming virtually every job in every industry.

What seems to be at the leading edge in medicine is artificial intelligence. IBM’s Watson Health is one the most revolutionary pioneers in “predictive analysis, big data comprehension, and the use of historical data to make decisions.”

Zzapp Malaria, a company that uses AI to fight malaria, just won a prestigious award for its software system that “identifies malaria hotspots and optimizes interventions for maximum impact.” Other AI systems are changing cancer care.

The good news is that it’s more realistic to think of the future of automation in healthcare as more likely to help improve the quality of decisions and augment doctors’ workflow rather than by replacing the doctor. The bad news may be as technology advances, this may not always be the case.

A healthcare option for Americans that could continue to change the landscape in medicine is medical tourism. Millions of U.S. residents travel each year for medical care to countries including Argentina, Brazil, Costa Rica, Cuba, India, Malaysia, Mexico, Singapore, and Thailand.

While there are several reasons for this, the biggest reason studies show is for clients to get treatments or procedures that may be cheaper in another country. This cost includes travel expenses as well as any medical expenses. Even though medical tourism risks are identified with air travel after surgery and possible infectious complications. 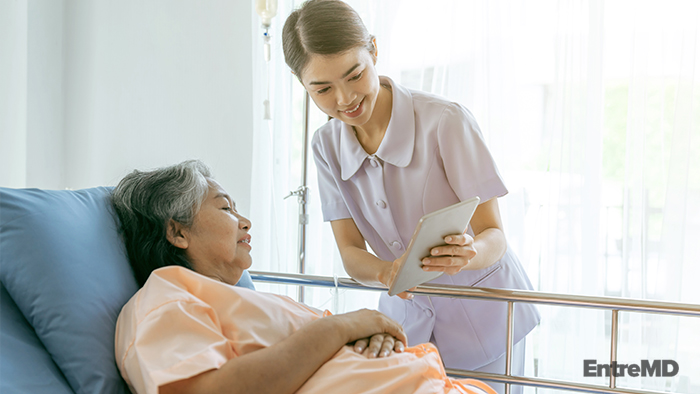 Globalization has driven physicians from the poorest countries into the richest. In the United States, graduates of foreign medical programs are in demand as the shortage of physicians continues. Particularly affected are specialties where this shortage is most dire, such as psychiatry and family medicine.

Many doctors aren’t comfortable asking for mental health treatment despite growing problems with stress, emotional exhaustion, and depression. For some, it may be that they view themselves as the ones who give care rather than receive it.

But research from the Mayo Clinic shows that many states have licensing requirements that include questions about past mental health treatments or diagnoses. For this reason, nearly 40% of physicians reported that they would be reluctant to seek formal medical care to treat a mental health condition because of concerns about the repercussions to their medical license.

The researchers examined the licensing documents for physicians in all 50 states and Washington, D.C., and renewal applications from 48 states. They also collected data in a national survey of more than 5,800 physicians, including attitudes about seeking mental health care.

“Clearly, in some states, the questions physicians are required to answer to obtain or renew their license keep them from seeking the help they need to recover from burnout and other emotional or mental health issues,” – Liselotte Dyrbye, M.D., a Mayo Clinic physician and author.

This fear of admitting emotional exhaustion with its personal and professional repercussions is part of the level of stress that can have serious consequences. Physicians now have reported rates of suicide that are twice those of the general population. There may be many reasons for that, but the fear of losing one’s lifelong career can be the tipping point. 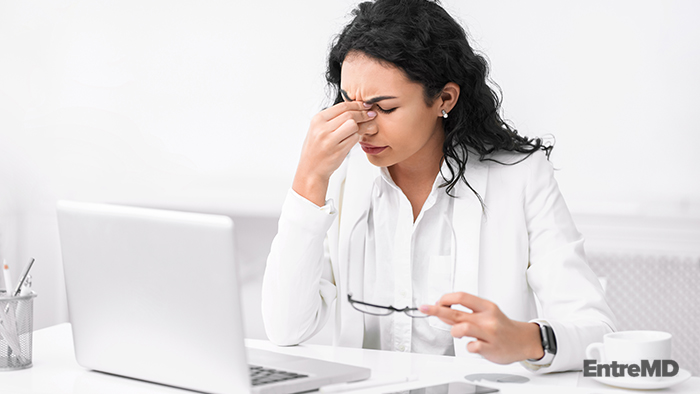 This is the case with Dr. Lorna Breen, an accomplished New York City emergency room physician and leader.

“She was convinced that if she talked to a professional, she would lose her medical license or face ostracism from colleagues for experiencing burnout from the crisis.”

After her death, her family learned there is no mental health reporting requirement in the New York state’s medical license application. Would knowing this have changed her decision and allowed her to reach out for the help she desperately needed?

Even though there are reasons to be worried about job security in the medical field, there are also reasons to feel confident in your work as a physician. Your skills are valuable. Your dedication is priceless.

And if you want to talk to me about ways to fireproof your career, I’m just an email away and would love to connect with you.