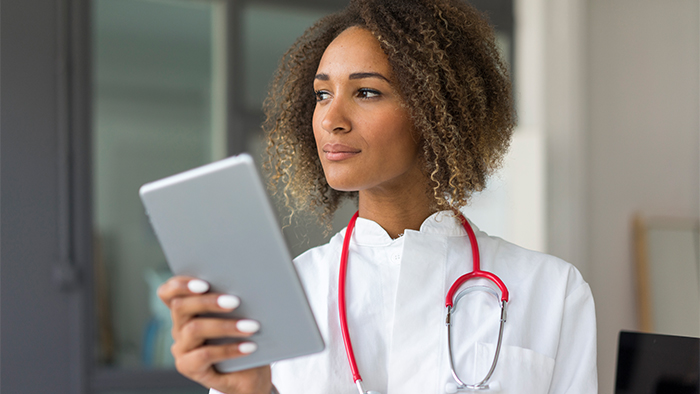 This past week I’ve been thinking about the discouraging thoughts that keep us from moving forward towards our goals. And the background soundtrack to my thoughts has been a tweak on a huge 90s hit by the Spice Girls. I know, I know, but the song was everywhere.

My earworm version of the lyrics goes, “Gimme what I want, what I really, really want.” It occurs to me that the biggest roadblock that stands between us and our ability to achieve our goals is connecting with how much we really want to realize these goals.

If we say we want independence in our medical career, we need to assess how much we want it.

Only when we are convinced, down to the marrow of our souls, that we want something will we have the fortitude to face down any discouraging thoughts that stand between us and get to where we “really, really” want to go.

10 Discouraging Thoughts That Prevent You From Gaining Independence

3. I’m afraid of what other people will think. 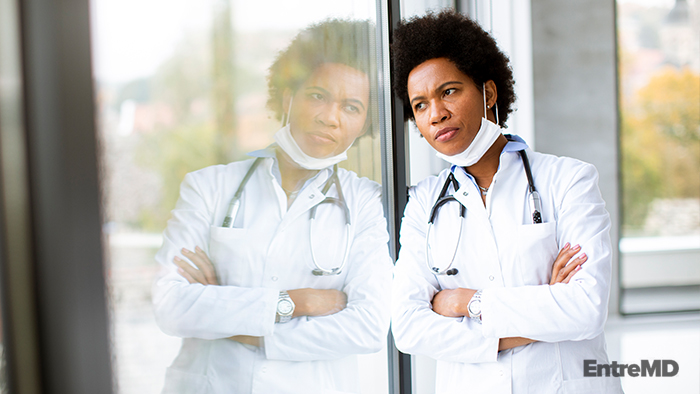 8. The future is too unpredictable.

10. There’s so much that could go wrong.

The Power of Your Thoughts

It’s no secret that your thoughts have tremendous power over you. In a study on heart health, John Hopkins expert Lisa Yanek, M.P.H., found that having a positive outlook gave people a 13 percent less likely chance of having a heart attack or other coronary event than those who presented similar health risks but didn’t share a positive outlook.

If it’s true that our positive or negative thoughts impact our physicality, it’s also true that our mindset has a huge impact on how we feel and how we take actions to move forward. 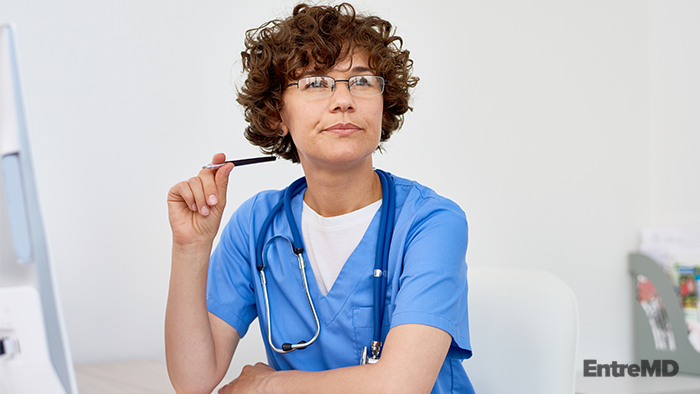 Our thoughts create our feelings. Our feelings directly affect our actions.

The feelings our thoughts create can make us feel full of energy and enthusiasm, or they can drag us down and make us feel lethargic and exhausted. This helpful post outlines 15 Feelings Charts that allow you to give language to what feelings may be holding you back from accomplishing your goals.

Dozens of studies have proven how nagging and negative thinking creates a self-defeating cycle that stands in your way. Moreover, negative thinking about potential negative outcomes can become a self-fulfilling prophecy, so it’s clear that dealing with discouraging thoughts is a critical component of achieving goals!

Aaron Beck (Jul 18, 1921 – Nov 1, 2021) was the father of Cognitive Therapy and the founder of the Beck Institute for Cognitive Behaviour Therapy in 1994. Research shows that it’s among the most effective approaches for various mental health concerns and conditions.

Dr. Beck recognized that there are specific patterns to negative thinking. These were often distortions or negative conclusions, not based on actual facts. His patients focused on faulty thoughts, which led to negative feelings and did nothing to help them heal and get better.

As he met with his patients and allowed them to talk freely about their depression and struggles, he began to see ten different types of negative thinking emerge. These patterns are called “Cognitive Distortions” or “Distorted Thinking.”

Patients seemed to experience streams of negative “automatic thoughts” which fell into three categories: negative ideas about oneself, the world, and the future. Even spending limited amounts of time contemplating these automatic thoughts led patients to think, act and behave as if they were true.

By helping his patients challenge and change their thoughts, he was able to help them take control of their lives and manage depression, anxiety, and other mental health concerns.

We don’t all need to struggle with a severe mental illness to appreciate the truth that our own negative and discouraging thoughts need to be challenged to see if, in fact, they are valid. While many of these negative thoughts and distortions don’t stand up to scrutiny, they can stand in our way. 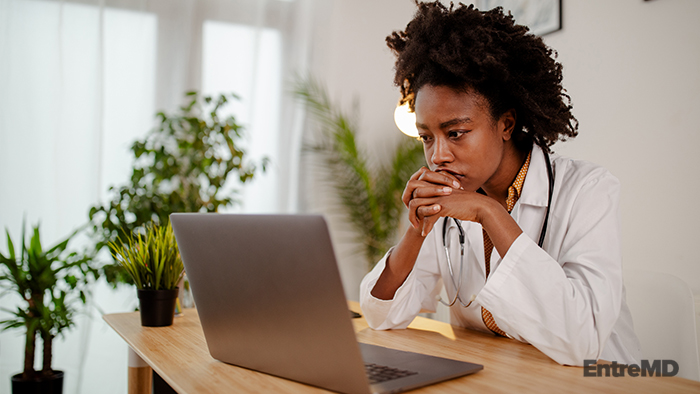 While some other therapists and researchers have contributed to the development of cognitive distortions, the following 10 are the most common ones.

The Importance of Mindset

Mindset is all about the secret that your thoughts have tremendous power over you. According to the Oxford Dictionary, mindset is “a set of attitudes or fixed ideas that someone has and that are often difficult to change.”

A recent post on the Harvard Business School site explains the difference between the two types of mindset related to becoming an entrepreneur. A common misconception is that you either have what it takes or don’t. And you may not figure that out until you succeed or fail when you try. 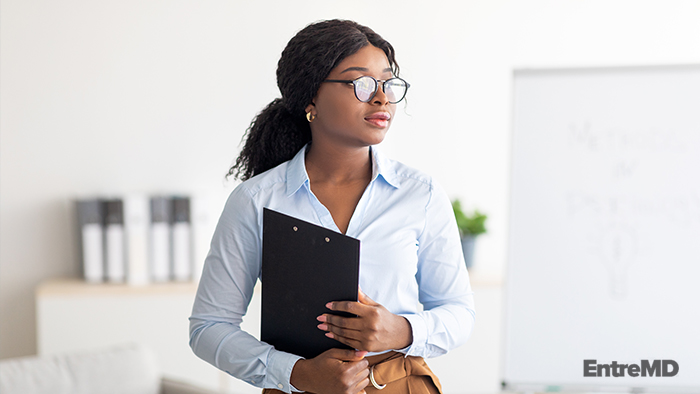 In reality, entrepreneurial skills can be learned and strengthened like any other skill. You don’t have to be young, technical, a college dropout, or risk-seeking to become an entrepreneur.

“Every person can find opportunities, attract necessary resources, and build teams to bring successful products and services to customers.”

The mindset you need to have is called a growth (or change) mindset. The opposite of a growth mindset is a fixed mindset, and it’s that mindset that keeps bombarding you with negative and discouraging thoughts.

Below are the Coles Notes on the difference between growth and fixed mindsets.

People with a fixed mindset and thoughts believe that everyone is born with their own unique, unchanging talents and abilities. If this talent or ability isn’t something you already possess, you will not succeed. 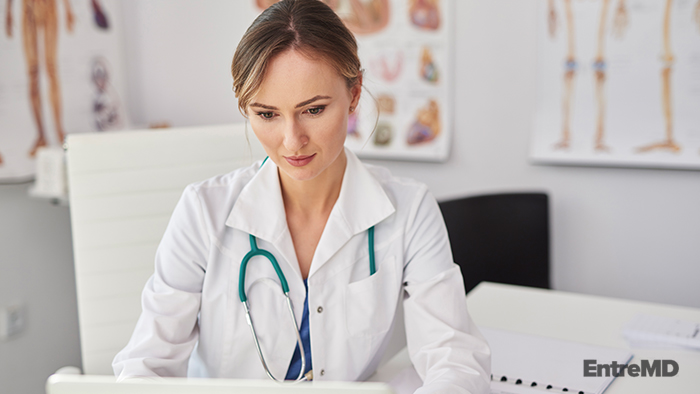 A fixed mindset avoids challenges, gives up easily, sees the effort as useless, and ignores any criticism that could be helpful. They allow discouraging thoughts to stop them in their tracks and not move forward.

Someone who has a growth mindset believes they can achieve what they want in this life with learning, practice, and persistence. A growth mindset learns from mistakes and feedback. 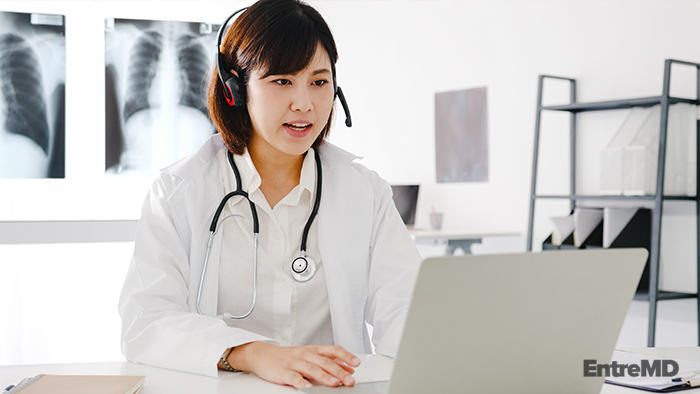 A growth mindset looks for challenges, persists in the face of setbacks, sees the effort as the path to specialization, and is willing to learn from criticism. This person can always find a way to solve challenges and achieve their life goals.

In a fascinating 2018 article by the National Library of Medicine, Betsy Ng unpacked “the neuroscience of growth mindset and intrinsic motivation.” She writes in the article abstract:

Recent empirical research from the educational neuroscience perspective that provides insights into the interplay between growth mindset and intrinsic motivation will also be discussed.” 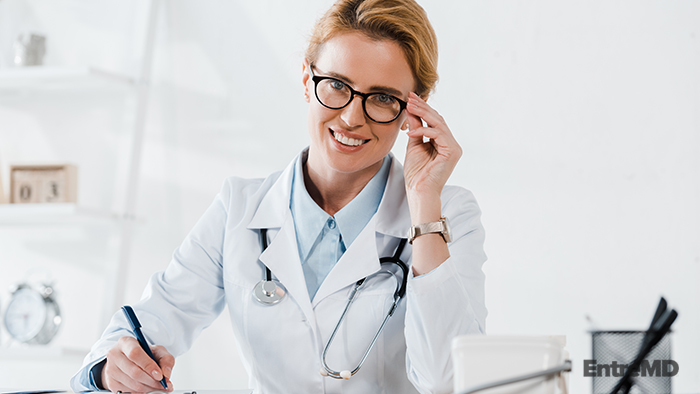 In a nutshell, Ms. Ng shows how critical adopting a growth mindset is and how individuals with this growth mindset believe that motivation can be nurtured. The notion that external motivation (getting chocolate as a reward after accomplishing a task) can be internalized even more exciting.

Rather than reward or punishment, intrinsic motivation prompts us to take action for the sheer pleasure and satisfaction of setting a goal and attaining it. Which, by the way, is linked to releasing dopamine. According to the author, dopamine is considered a key substrate of intrinsic motivation.

Countering A Discouraging Thought With Truth

Let’s look at the ten discouraging and fixed thoughts I jotted down at the beginning of this post and see how they would translate into growth and change thought patterns.

1. I don’t have time to dream. Can it really be true that you have no time to dream? Zero? Zilch? This type of all-or-nothing thinking can be hugely self-limiting. The truth is that dreaming is a luxury we can all afford. And should. Dreaming about achieving independence in your career can create helpful neural pathways that open up possibilities you hadn’t yet thought of.

2. I may not be good enough. Another type of all-or-nothing thinking, this fear of not being good enough majors on perfectionism. Fear of making a mistake or fear of having a less than perfect result can hold you back. With a growth mindset, you can tell yourself the truth that you can get to your goal’s end with learning, practice, and persistence.

3. I’m afraid of what other people will think. This type of labeling is the inverse of thinking you are your behavior. It negatively assumes and predicts how other people will respond to your efforts to try something new. The truth is that it doesn’t matter what others think. It matters that you have a goal and the self-agency to work hard towards it.

4. I feel burnt out just now. It’s very clear that a huge number of doctors are experiencing stress and burnout at this time. When this depressing thought pesters you, it’s important to assess whether this sums up where you are in full or in part. Whether you are completely or partially burnt out, be kind enough to yourself to get help as the first step towards gaining independence.

5. I’m too busy already. We’re all busy. Almost everyone I know would say they’re too busy. It might be helpful to consider whether this bias leads you to jump to a negative conclusion that stops you from taking any action to realize your goal. Where are you too busy, and what changes can you make to free up time to pursue your dream? 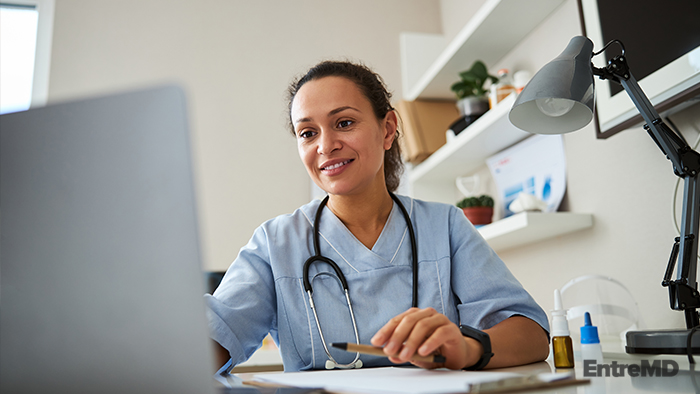 6. It’s too hard. This statement is a classic overgeneralization and is actually a meaningless thought. The reality is that working towards gaining independence will be hard. Of course it will. But nothing that you want to achieve is too hard. It’s just hard, but you are equipped to persist in the face of setbacks and see effort as the path to specialization.

7. I can’t gain independence gradually. This discouraging thought sure sounds like one is jumping to a conclusion without solid evidence. Rather than overgeneralizing, consult with someone familiar with both the medical field and entrepreneurship. Someone like me.

8. The future is too unpredictable. If the previous seven discouraging thoughts are about oneself, this thought is about the world and the future. The future has never been predictable, and times are no different now. But what is predictable is your level of desire and commitment. As a physician, you have already achieved a milestone goal, and there’s no reason to assume the unknown future has the power to control your life.

9. It’s too late in my career. Emotional reasoning is another cognitive distortion that tells you your feelings are true. This sentiment can become true if it goes unchallenged, but there is no reason to let it do so. If you think you’re the exception to the rule on this one, shoot me an email, and I’ll be happy to give you a second opinion!

10. There’s so much that could go wrong. You could equally say that there’s so much that could go right. By discounting the positive, you will continue to be held back by focusing on what can go wrong. The truth is that some things will go wrong, and many things will go right. What matters is that you adopt a growth mindset that learns and moves forward from mistakes.

I hope this has been a worthwhile read. It’s sometimes hard to pull our negative thoughts out into the light of day but doing so gives you a chance to challenge and trade them in for optimistic and positive thoughts that will surely serve you better.

I’ve built EntreMD with this in mind. Building a business is the culmination of slowly building and laying bricks every day for years until you have a steady income stream.

And if you’re interested in knowing more about transforming negative thoughts into positive actions as you move towards independence, let me know. I would love to talk with you.